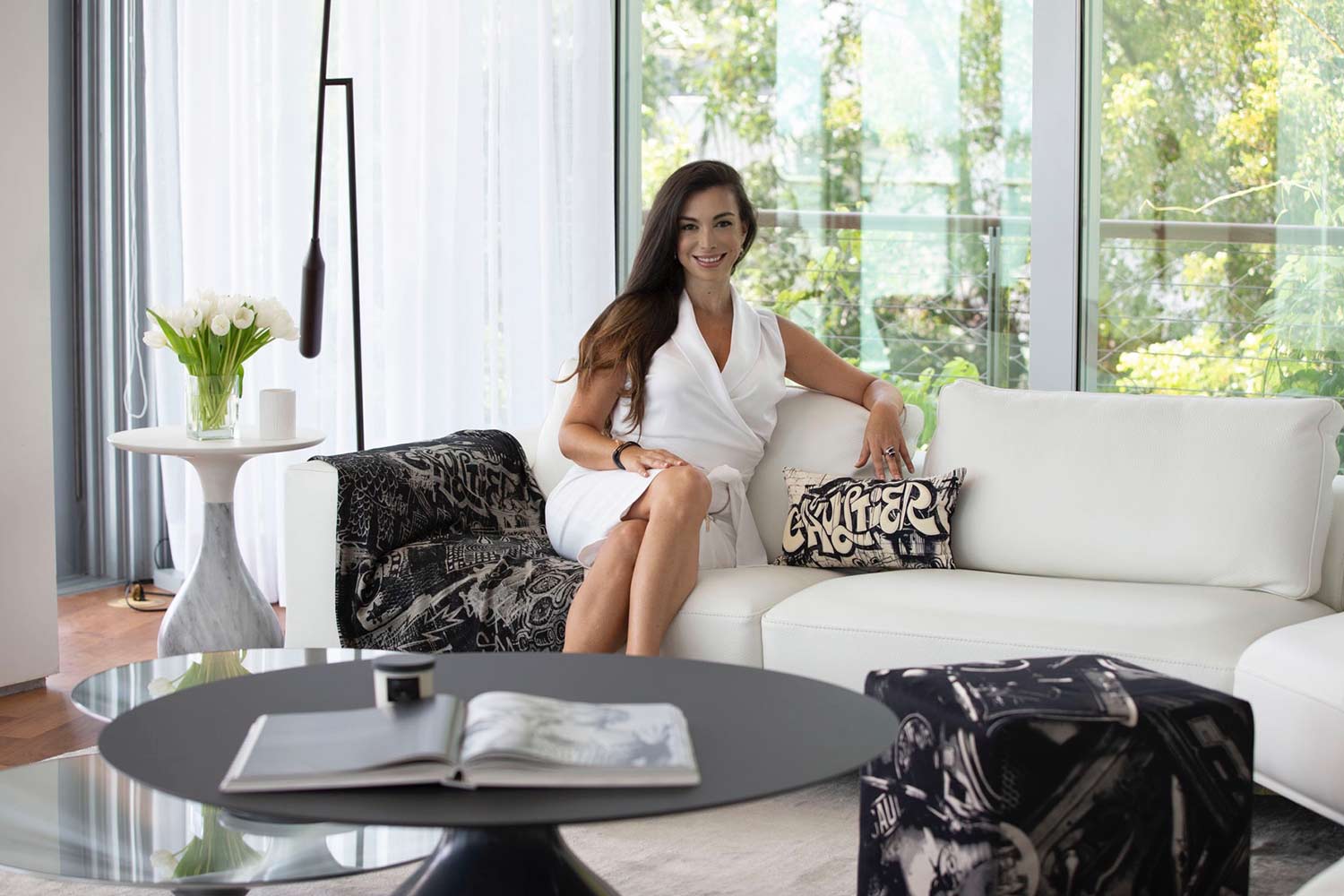 The French Moroccan interior designer Rita Chraibi, discovered her passion for architecture and interior design at an early age. As the granddaughter of one of Morocco’s pioneering women in real estate development of the 1950s, Rita Chraibi followed in her grandmother’s footsteps after graduating from Ecole Camondo School in Paris. Rita opened her own agency, International Designers in Morocco in 2013, and continues her international recognition by launching new offices in 2018, in NYC and Miami in the United States. She introduced her European design expertise and French “Art de Vivre” influence through modern, luxury designs to residential and hospitality projects in the United States, Europe,the Middle East, and North Africa.
Well known for notable projects around the world such as The Oberoi Hotel Marrakech, and important Real Estate projects such as 2000 Ocean and Monad Terrace in the United States and Lyautey Square in Casablanca Morocco, which led to her International recognition. She is featured in the most important magazines in the world, for her projects such as Elle Décor , Harper Bazar in the U.S, and International Press such as Elle Decor Spain, Jeune Afrique, Inmobiliare Magazine, Middle East Design magazine, and many others, etc….

Just as a painter starts with a blank canvas, Rita imagines and creates a new universe, each one unique and also conveys a new story. Her projects are a showcase of modern sophistication and elegance, from luxury residential buildings to private residences and hospitality projects.
In 2020, Rita Chraibi reveals the interiors of the first completed residence at Monad Terrace complimenting the interior, exterior, and landscape architecture of Pritzker Price winner French architect, Jean Nouvel, and developer, JDS Development Group in Miami Beach. She won through this Project many Awards such as The Muse Design Awards in the United States, and The SBID Awards (Society of British & International Interior Design Award) in the United Kingdom for residential apartments Over £1M. In 2021, she won also The A’Design Award & Competition – The International Worldwide Award, and the Award of the Best Design From America 2021. Among her many projects, Rita Chraibi was selected as the designer of choice for a prestigious waterfront home in Palm Island Miami Beach. Rita Chraibi reflects the interior design of this house as the most exceptional aspects of haute couture high-fashion and through the notable $35 million property, she was once again, was Awarded in 2021 for The Luxe Red Awards in United States and Luxury Residence Americas Award in The International Designand Architecture Awards 2021.

Still, in 2021, she was entrusted with the important project of completely renovating a waterfront mansion Golden Beach in Miami Florida, which will be sold once completed for an estimated 120 million dollars.